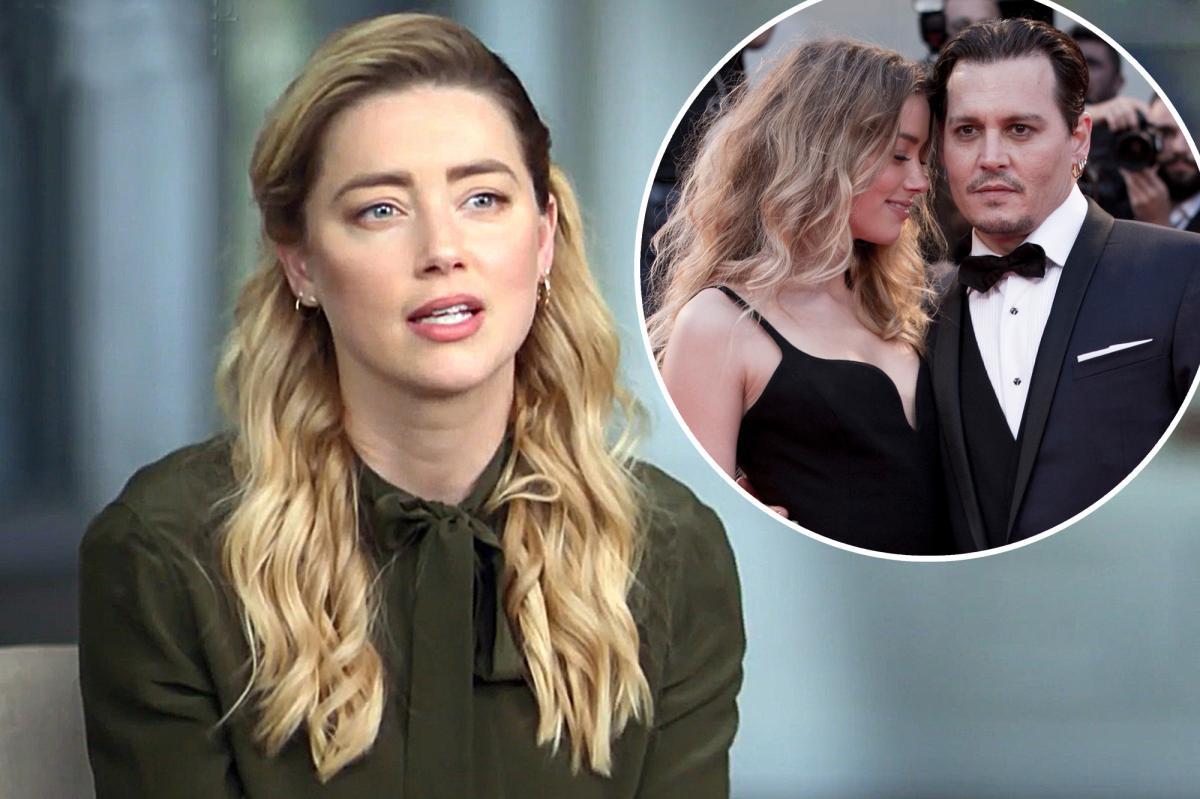 Amber Heard confessed that she still loves Johnny Depp despite her allegations that he abused her and a multimillion-dollar lawsuit he filed against her — and won.

“Absolutely. I love him. I loved him with all my heart,” the ‘Aquaman’ actress told Savannah Guthrie in the preview of their upcoming NBC News special on Wednesday.

“I tried my best to make a deeply broken relationship work, but it didn’t work. I have no ill feelings or ill will towards him at all.”

Depp, 59, sued Heard, 36, for libel over a 2018 Washington Post op-ed in which she called herself a victim of domestic violence.

Guthrie, 50, noted that the piece was published at the height of the #MeToo movement when “legions of powerful men [were] be cancelled, lose their jobs” and asked if she wanted the same thing to happen to Depp.

“Of course not,” replied the Pineapple Express star, insisting the op-ed wasn’t about her ex-husband.

While Depp wasn’t a name in the play, it was written after Heard accused the “Edward Scissorhands” star of abuse in a restraining order filed in 2016.

Heard repeated her allegations during her testimony at the recent trial of the former husbands, alleging that Depp beat her and threatened to kill her when he abused drugs and alcohol.

She also said he exhibited extremely jealous behavior, especially over her interactions with her former co-star James Franco, calling her a “slut.”

Despite Heard’s claims, a jury unanimously agreed on June 1 that the lead story was about Depp and awarded the “Pirates of the Caribbean” star $10 million in damages and $5 million in punitive damages.

“The disappointment I feel today is indescribable,” Heard, who was awarded $2 million in damages for her counter-charge, said in a statement following the verdict.

“I am devastated that the mountain of evidence still wasn’t enough to withstand my ex-husband’s disproportionate power, influence and power. I am even more disappointed with what this verdict means for other women.”