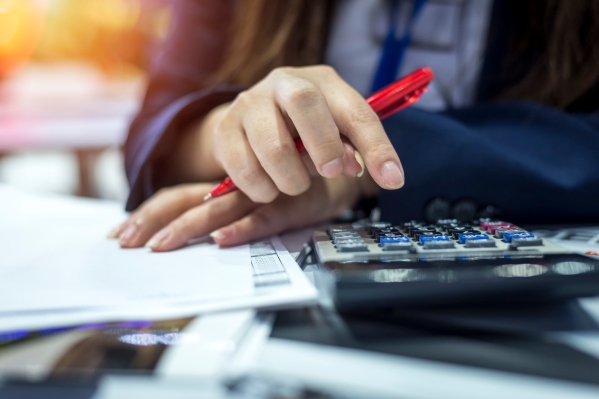 Big banks are stepping up their game when it comes to new services and the technology behind them, and in many cases they borrow directly from the tech world’s playbook: instead of building in-house to speed things up, tap they are third parties that have already solved a difficult problem and are integrating their breakthroughs through APIs.

In the latest development, a startup called Able has built an engine to speed up the processing of documents and other data needed for commercial loans (usually $100,000 but sometimes up to $100 million in value), which it sells as a service to banks. and other lenders. Today it is out of stealth mode with $20 million in funding and a wider market launch.

The Series A will be led by Canapi Ventures – a specialist fintech investor – with the participation of Human Capital, which also led the startup’s round-up. Diego Represas, the CEO of Able who co-founded it with Andrew Hurst, noted that there are also a number of strategic investors — financial services firms that are already using Able’s technology — but aren’t releasing names at this time.

I’m writing that it’s launching in the wider market, because while it’s coming out of stealth, Able has actually been around since 2020, and the customers it’s picked up are already using Able’s technology — turning RPA, computer vision, and other forms of AI. used to collect and process loan data as part of their evaluation process.

The portion of the loan market it targets is greater commercial effort and thus is done at much higher values ​​than the typical small business loan. That also means more paperwork related to a loan application, a cumbersome process that Able aims to reduce by up to 30% on a typical application.

Represas said he got the idea to solve this after meeting a cousin of his who worked in corporate finance and told him about the painful process that went on behind the scenes.

Represas and Hurst were engineers at another fintech, Digit, at the time, and so Represas’ natural inclination was to think there was probably already a solution on the market to mitigate this.

It turned out there wasn’t one. He couldn’t believe it, he said: Business loans are a $6 trillion annual market, but banks worldwide spent about $60 billion annually to process those loan applications.

Perhaps the larger market size has left many incumbents unwilling to fix what didn’t seem really broken. But we know how this song goes: There are now a number of companies building to handle this as well, so perhaps it was only a matter of time before they disrupt their inefficient stranglehold on business loans.

“So we dived into solving this problem,” he said.

The company picks an interesting moment to announce financing and open up for business. Inflation is rising and interest rates are being raised in an attempt to contain it.

That means it’s a complicated, but potentially interesting time to be a fintech startup building technology to power commercial loan services for major banks and other major lenders.

On the one hand, higher interest rates and the presence of inflation can make borrowing and taking a business leap or risk less attractive; on the other hand, it might be just the right time to have a product that takes friction out of the process and thereby speeds up the transaction and reduces costs around it.

However, companies will still need financing to grow, and in some cases you will have companies investing in them because their products are breaking through, perhaps because of the current market situation. (After all, as people in tech like to point out, Google and Airbnb both launched during recessions.)

The same could be said of Able. Its own product crosses a number of different competing spaces. There are a number of startups that are already working directly with businesses, or are offering their technology to embed elsewhere to boost business lending with new approaches leveraging AI and big data analytics. (Some, like Kabbage, are eventually picked up by incumbents: Amex acquired the SoftBank-backed startup in 2020 after it struggled during the first year of the pandemic.)

In addition, there is a wave of companies targeting high-growth companies and making it easier to obtain revolving credit and debt facilities as an alternative to the equity-based financing they typically consider. They include Hum (formerly called Capital) who provides services directly to companies; and Sivo, which provides debt-as-a-service; Clearco and Wayflyer both target e-commerce and online businesses; and more.

I should also point out that there is another fintech startup called Able although it focuses on personal money management and is not affiliated with this Able at all.

Repressas notes that Able focuses on the technology used for processing, but not decision making or risk profiling (what Repres told me is only a minor aspect of loan approval and not where the pain point is); the fact that it focuses on commercial loans and not SME loans (too small an opportunity, he said); and that it doesn’t interact directly with borrowers themselves, but works through banks, makes it all different from the rest of the pack (why create new channels when those banks have all those deep relationships was Represas’ rhetorical question to me when I asked why not). Overall, Able is disruptive but poses no threat to its customers.

And that makes it one to watch.

“Able is a game changer. Their team is already working with several banks in the Canapi network on use cases spanning the entire loan lifecycle,” Neil Underwood, general partner at Canapi Ventures and president of Live Oak Bank, said in a statement. “Able saves time and resources needed to process a business loan. Lenders get better economy and a scalable platform for growth. Everyone gets a modern digital experience. It is a win-win situation for all parties involved.”